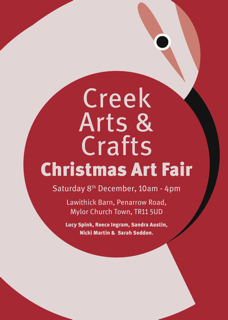 Posted by Mabena at 4:08 PM No comments:


Having arrived late, I found a seat at the back of the hall and began listening to the talk that
had already begun. Max was telling the group about his work and the process of using
moulds to create glass pieces. As a ceramicist I had come across mould making but had no
idea that the addition of ﬂint and ﬁbre glass to plaster meant that moulds could be ﬁlled with
glass and ﬁred in a kiln. Max showed images of work he had made for a fashion shoot - large
sculptural shapes of solid coloured glass that he had made using moulds taken from rocks.
The results when lit to complement the clothes on the catwalk were truly stunning. I learnt
that Max was going to run a workshop the following day that would provide an introduction
to the process of using moulds to create glass pieces. It wasn't long before I found myself
signing up.
We met at Noreen's workshop and after the necessary talk on health and safety the
information started to ﬂow. Our aim was to make a shape from which a plaster mould could
be made. This mould would later be ﬁlled with glass and ﬁred in a kiln by Noreen with the
ﬁnishing work to be done at a later date. I had taken a few readymade pieces of plastic that
had simple curved shapes from which to make my mould. I was still thinking very much like
a potter at this point and believed that my glass object would be hollow, as a mould made pot
would be. When others were encouraged to embellish their shapes, using modelling, or leaves
or in one case romanesque ﬂorets, I realised that with this process, unlike ceramics, it would
be possible to have undercuts. This is because, after ﬁring the mould would be broken away
to reveal shapes that could be complex in all dimensions. Moulds for ceramics are usually
capable of making many pieces from the same mould but with mould made glass all the effort
of making the mould yields one piece only. So no pressure - the end result has
got to be worth it!
Noreen's studio is very well equipped and when our models were ready to be cast we went to
a separate casting studio. I have always found the mixing of plaster to be a tense time. The
quantities must be precise and the timing is crucial. Luckily Max was shouldering that
responsibility and as we were casting several pieces with each mix of plaster the process was
quick and straightforward.
As a ceramicist I tend to dislike plaster. I ﬁnd it unsympathetic to work with and it can easily
contaminate clay with disastrous consequences. The only good thing about it is that it sets
very quickly and so it wasn't long before we were working at the next stage of the process
which was to remove the original form from its mould. Easier said than done in my case. One
of my plastic elements had become stuck in the bottom of the mould and needed expert help
to remove it. Then I needed to borrow someone's dental tool with a ﬁne curved prong on the
end in order to remove some clay I had used to create an undercut. All the while I was still
trying not to think like a potter and to remind myself that the ﬁnal piece would be a solid
piece of glass.
Those that had used the process before were introduced to core casting, a way of adding an
extra element to their mould that would enable a hollow form to be made. I tried to eavesdrop
whilst working away on my mould but soon realised that the complexities being explained
were well beyond my beginner status.
Filling the cleaned mould with glass sounds as if it should be straightforward, once the

displacement measuring technique has been understood. However there were many factors to
take into consideration when deciding which type of glass to use and which colours to
combine. In the end I chose what Noreen described as her 'conservatory glass', largely
because I liked the matt quality but also, I must admit, because the batch available had
already been washed and was ready to use.
The filled moulds were put in the kiln room to be fired, a date was set for the de-moulding
day, I gathered up all my pages of barely legible notes and drove home - rather tired.
For a ceramicist, opening a kiln door is always a mixture of anticipation and anxiety. Getting
the glass out of the mould was a similar mix of feelings. It did seem strange to be literally
breaking up the mould rather than to be treating it with care to be used again. Plaster that has
been fired is a strange almost spongy substance. It is called ludo and can be incorporated in
the next batch of plaster moulds to give additional strength.
I was delighted with the glass that came out of my mould but was fully aware that it was the
result of much help and a few happy accidents. I soon realised that, once the glass is out of
the mould, then the real work begins. We were introduced to a wide range of tools and machinery with which to finish our pieces. I have never been a fan of loud noises and potentially dangerous equipment so was pleased that the only machine work my piece needed was a quick blast on a diamond surfaced spinning disc to make the base truly flat, and Noreen did that for me -
thanks Noreen! I then used diamond sanding sponges and files to remove burrs and to soften any sharp edges.
Others were more adventurous and had used colour to create interesting combinations and depth as the different coloured pieces of glass fused together. Discs were cut from their glass forms and polished using various grades and types of grit. I could see that the possibilities were endless. A final spray of silicon polish added a professional sheen to my piece and I drove home in the rain thinking that the subject of glass making had huge potential - and that I had barely scratched the surface.

This year's Porthleven Exhibition once again was a most successful event which brought in £2460 in sales for our exhibitng members, with a footfall of 485 visitors. The high quality ceramics, glass and paintings on display made the whole exhibition space feel like a well-established gallery, thanks to the planning and placing of the pieces by Heather Frary, who was working on this on the Friday evening until way after 10.30pm. Thanks also go to John Mee for overseeing the event with Heather Frary; to Paul Finlay and Noreen Todd working on the sun-committee, and to Noreen for organising the financial side of the event.

Please put in your diaries the date of the 2019 Porthleven Exhibion which is from October 19th to October 25th.

January will see the next CCGG Film Day (details to follow soon).

CCGG exhibition in February at Bude Castle from February 15th to March 7th.
Bude Castle Gallery is advertisng the exhibition as:
"Coast to Coast.  An exciting and diverse mix of work from the Cornwall Ceramics and Glass Group including vessels, sculpture and wall pieces. Members’ paintings, drawings and Studio pottery will also be on show.       Ceramics and Glass at its best".
CCGG Exhibitors will be expected to steward for one day.
Space for approx. 14 exhibitors. Cost of exhibition £10 per CCGG exhibitor.
Bude Castle will handle sales payments at 25% commission plus VAT.
In the first instant please can members contact Danka  danka.napior@btinternet.com or 01840 213308 to register your interest so we can draw up a list of exhibitors.
No payment yet but we will ask for payment asap to secure a place.
Set up will be Thursday 15th Feb. Exhibiting room is on first floor but there is a lift.
Public car parking close by and it is possible to drive right up to the Castle for unloading.They will supply a free parking permit each day so stewards won’t pay to park.

Posted by Mabena at 1:12 PM No comments: