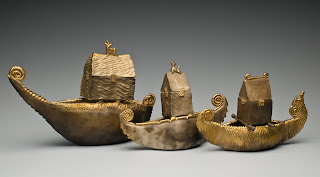 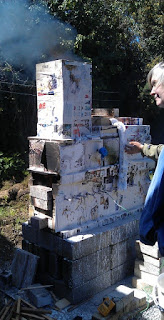 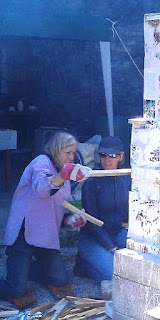 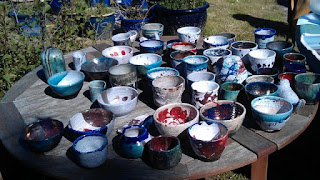 Now that the kiln has been built it will remain at Brenda’s place for the foreseeable future so we can plan and organise another members’ day with fire and possibly roast potatoes! A very successful get together and much learned about the mysteries of building and firing. Thanks to all who helped make such a good event; Brenda for hosting and cooking, those that helped build the kilns, the firing team of Lynn, Nina and Fran and John for his knowledge, skill and trailer! See you all again at the next Firing Day.
Posted by Mabena at 9:53 AM No comments: