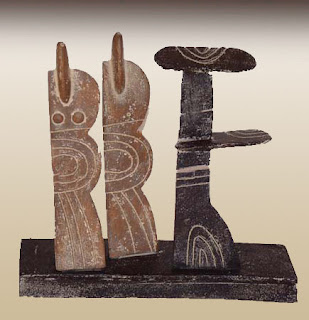 There has been a change of speaker for the CCGG AGM on 10th October at Ladock. Tim Andrews can't make it so we have booked John Maltby. He's giving an illustrated talk about his work and demonstration. AGM starts from 1.30 ( with pasties) John Maltby 2.00 - 3.30 , and AGM 4-5pm
John Maltby was born in Lincolnshire in 1936. He studied at Leicester College of Art and Goldsmith's College in South London and went on to teach art.In 1962 he joined David Leach at Lowerdown Pottery in Devon. He started his own workshop at Stoneshill, near Crediton, Devon in 1964 and has remained there since. For twelve years he made domestic wares and studio pieces in earthenware, stoneware and porcelain, and then discontinued the kitchen and tableware in favour of one-off pots.John's work is characterised by the decoration, often contrasting dark and light areas of colour, and its sense of form. He lectures in the UK and abroad, and is exhibited in the Victoria and Albert Museum.
Posted by Mabena at 10:54 AM